Why Invest in Senior Living

The U.S. 65-and-up population is exploding throughout the country and projects to reach over 80 million people by 2040.

Baby boomers are the demographic group born during the post-World War II baby boom, broadly defined as the period between the years 1946 and 1964. This means that in 2019, members of the baby boom generation are roughly between 55 and 73. The generation is the wealthiest generation in U.S. history, as well as the most active and most physically fit. Baby boomers are known for very high levels of consumption, the effects of which have even been seen in how this group spends its collective retirement. 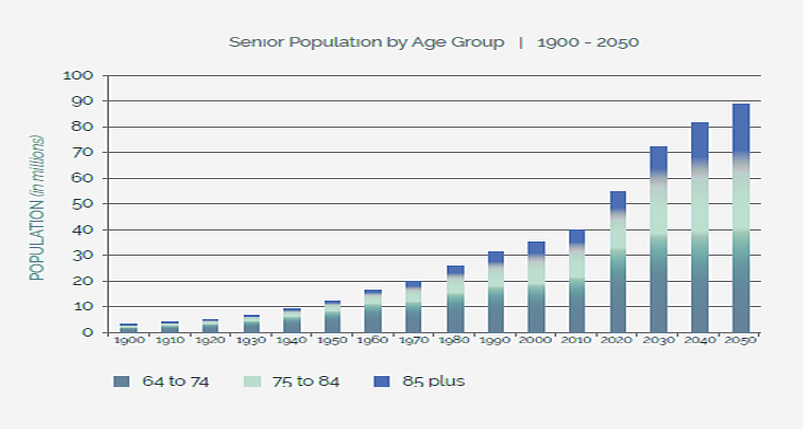 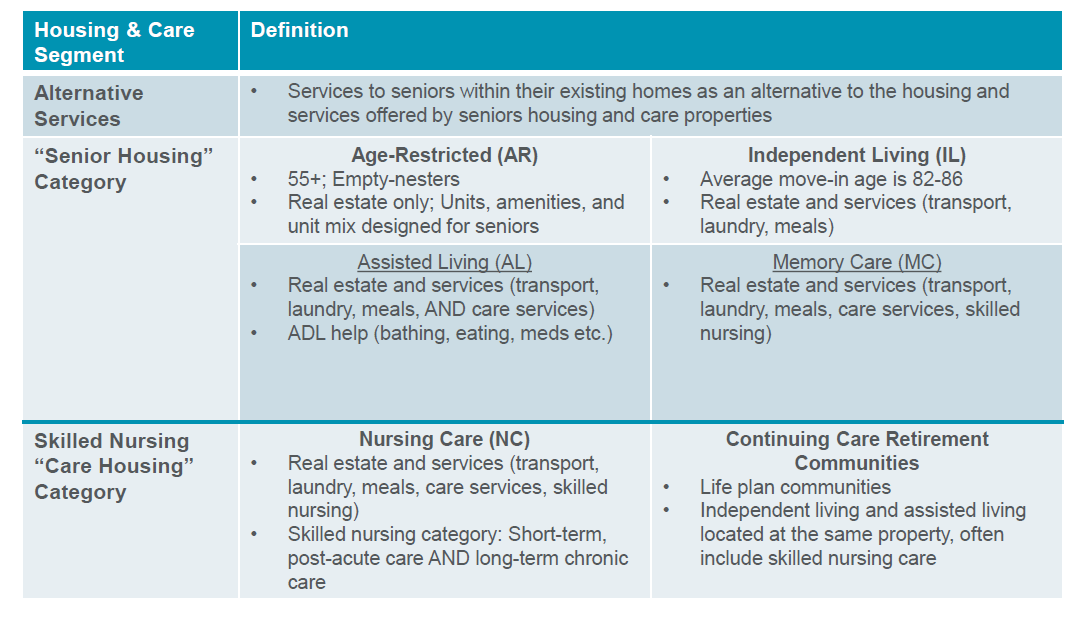 Housing for seniors is divided mainly into Senior Housing with a real estate and level of services spectrum to Skilled Nursing which includes Continuing Care Retirement Communities (CCRC). Alzheimer’s Care/Memory Care services is a smaller portion of the market, however this market is growing rapidly as the focus on memory services has become a focal point of many care organizations. Given that Alzheimer’s cases are expected to triple by 2050, memory care is a crucial service that assisted living communities will need to incorporate.

Housing models that incorporate the “aging in place” with all or some of these subtypes available in one community provide residents additional stability while mitigating risk for the investor.

Healthcare spending is expected to increase at an average of 5.6% per year from 2020 to 2027. It will continue to be one of the largest expenditures made by both state and local governments. The healthcare portion of GDP is expected to rise from 17.9% in 2017 to by 2027.

Senior living outperforms other asset classes even through the last recession.

Senior living has historically had higher returns when comparing to multifamily and other assset types. Communities offering assisted living and memory care services are especially more “resilient” to downturns, since it is primarily a “needs-based” offering. Having this needs-based demand allows these types of investments to endure the downwind pressures that other real estate sectors would face.  Senior housing has grown to be a $300 billion asset class anticipated to grow at least through the next two decades. With the long-term history of providing higher returns, senior housing is better able to withstand the impact of  higher interest rates. In addition to being a strong investment, it’s also a meaningful one in that investors help bring quality care to those who need it. 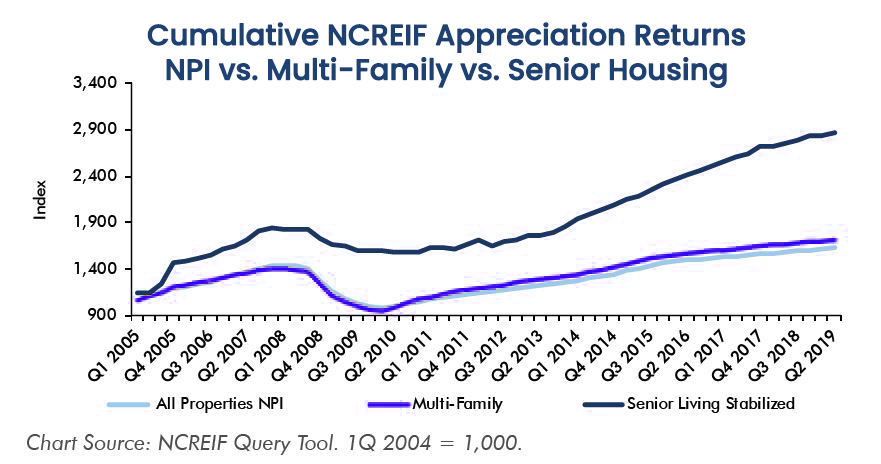 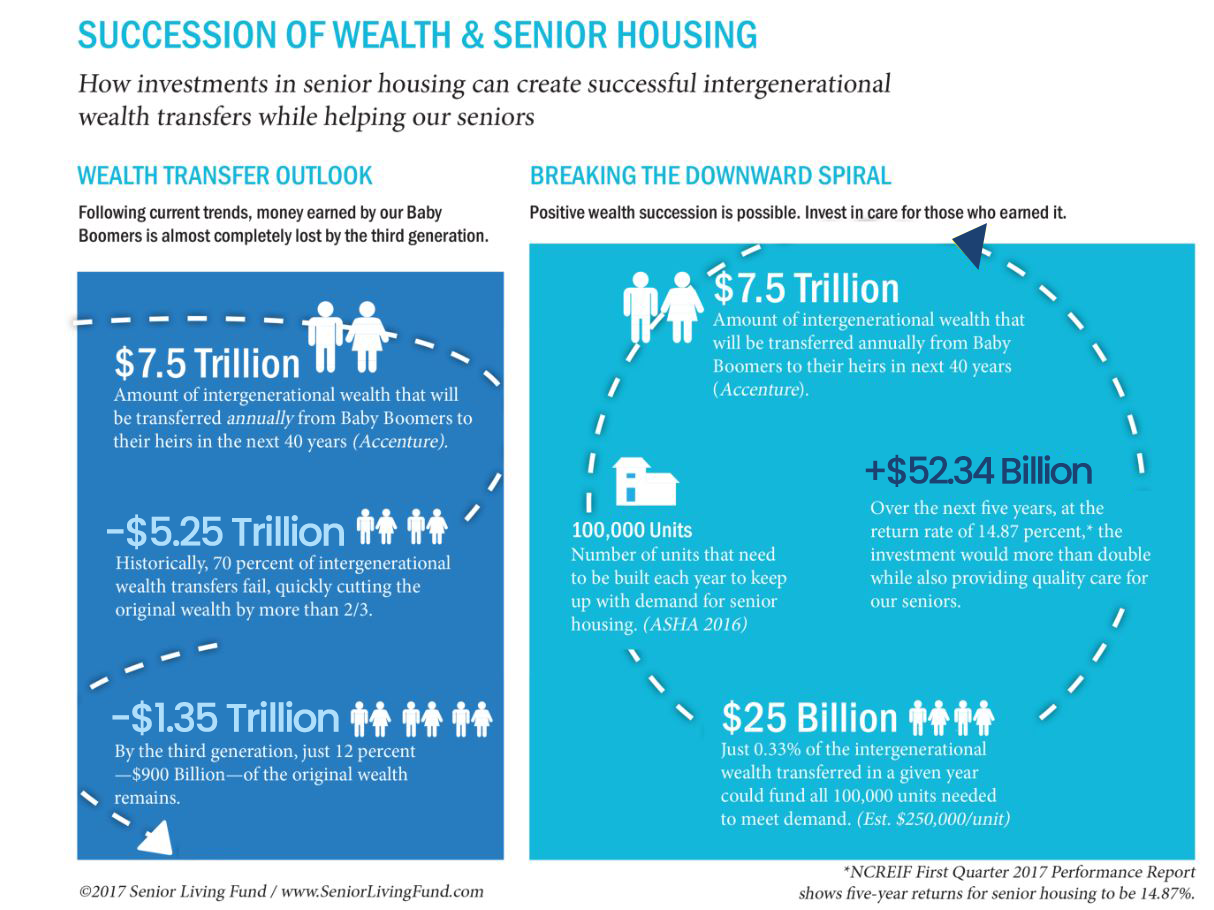 According to Accenture, over the next 30-40 years, it’s estimated that $30 trillion in assets will pass from Baby Boomers to their heirs in the United States alone. Unfortunately, about 70% of inter-generational wealth gets lost, and even worse just 12% remains after the third generation. How can we help this value is not lost? The answer is to invest in the generation who created it. Consider the impact of being able to fund the amount of units that would need to keep up with demand and have investment more than double in 5 years. In addition, investing in senior housing impacts the local communities and families it serves. Alleviating loneliness, providing housing with needs-demand services and bringing peace of mind to families, helps us care for those who cared for us.

Join our investor club for educational resources and to stay informed of our latest news and offerings.

A unique opportunity that can help you grow & maintain wealth 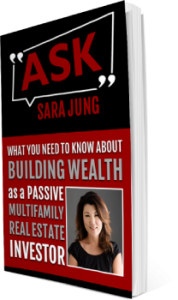 Learn How to Passively in Real Estate Syndications

Download my ebook on how to passively invest in commercial apartment buildings and how syndications work.

Your privacy is important to us. We will never release your information to a third-party.